Join us for our live-stream worship at 8:30 am Mountain Time Sunday mornings on YouTube, or watch at your leisure. You can always find our worship livestreams and recordings on our YouTube channel by clicking on the “Our YouTube Channel” below.  At 9:15, Coffee With the Pastors is an informal opportunity to chat about the sermon topic on Zoom –  you can laugh, talk, discuss and share stories or just listen (Zoom link below, or call in by phone: Dial 253-215-8782 or 669 900 6833 Meeting ID: 860 1881 3301 Password: 059070).

Worship With Us
Join Coffee With the Pastors at 9:15 Sundays
Previous Worship Services on YouTube
Download the latest edition of The Window (Newsletter)
Sign up to receive important weekly emails from Steve Goodier

Thanks for stopping by our site! First UMC has a long and proud history serving the community of Loveland. In fact, we were established as a congregation even before Loveland became a city!

We have a motto: Open hearts. Open minds. Open doors. And we try hard to be an open and accepting congregation.

It is important that we open our hearts wide – to each other, to the Loveland community and to the world. It is not unusual for our congregation to be found sorting through food drive donations, volunteering for local non-profits, visiting folks in the hospital, hosting a homeless family in our building or constructing a home in Guatemala. Whenever possible, we try to love our neighbors as best we can. That often means we find ourselves in service, in this community as well as around the world.

It is just as important that we open our minds wide. We are a diverse congregation. And because we’re not all cut from the same cloth, we want to learn from one another. This is a space where people can find opportunities to grow in their faith and to learn more about the abundant and joyful life God offers us all.

Finally, it is important that we open our doors wide. Wide enough for everyone. (Seriously. Everyone.) Whether you are white or black or brown or green, gay or straight or not sure, old, young or somewhere in between, whether or not you like “organized religion,” whether you like to attend church regularly or wonder if the building will collapse if you enter… you get the idea. It doesn’t matter who you are – we hope everybody can find warm friendship, genuine acceptance and a spiritual home in this community of faith.

On this site you can find opportunities to serve, you can learn about our various ministries, you can search archives of sermons and more. If you can’t find what you’re looking for, please call or email.

I hope you will visit soon!

Loveland FUMC is an inclusive and safe community that values unconditional love. We embrace diversity and strive to live in harmony with the teachings of Jesus Christ.
Back to top

FUMC is fortunate to have a staff of gifted leaders.

Join us for online worship and community-building

When in-person services resume, times and further details will be posted here.

We're worshipping, meeting, learning and growing online through Zoom, YouTube, Facebook and email; and outside when the weather allows

Online Worship Options
Back to top

Learn more about our ministries.

Explore our ministries below and/or contact the church office, at 667-0876 if you need more information about opportunities to grow at FUMC. 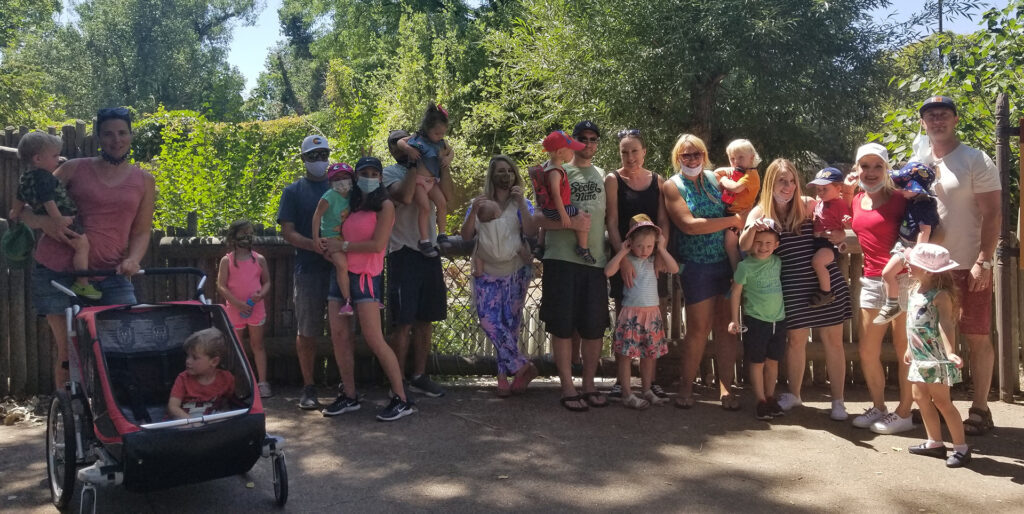 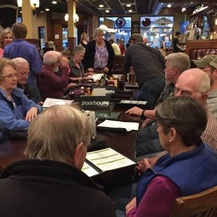 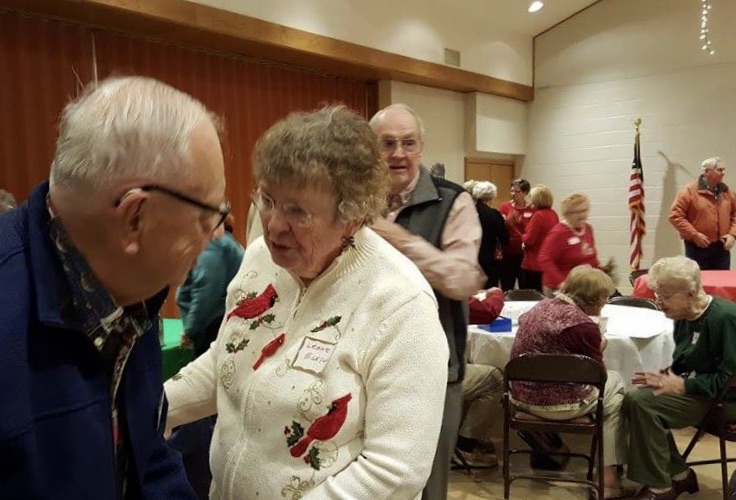 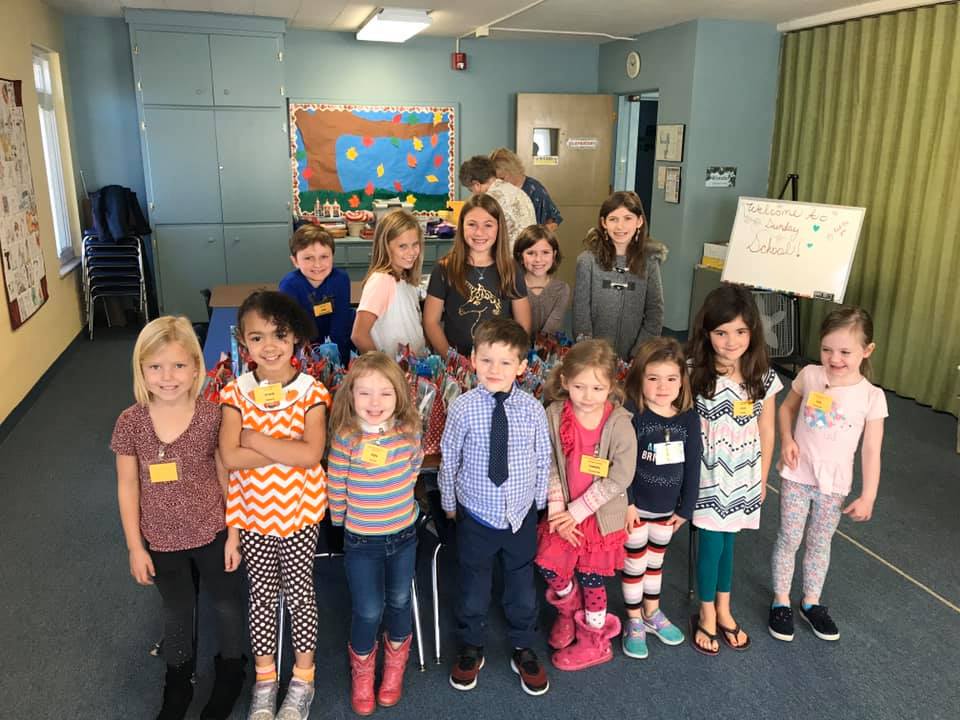 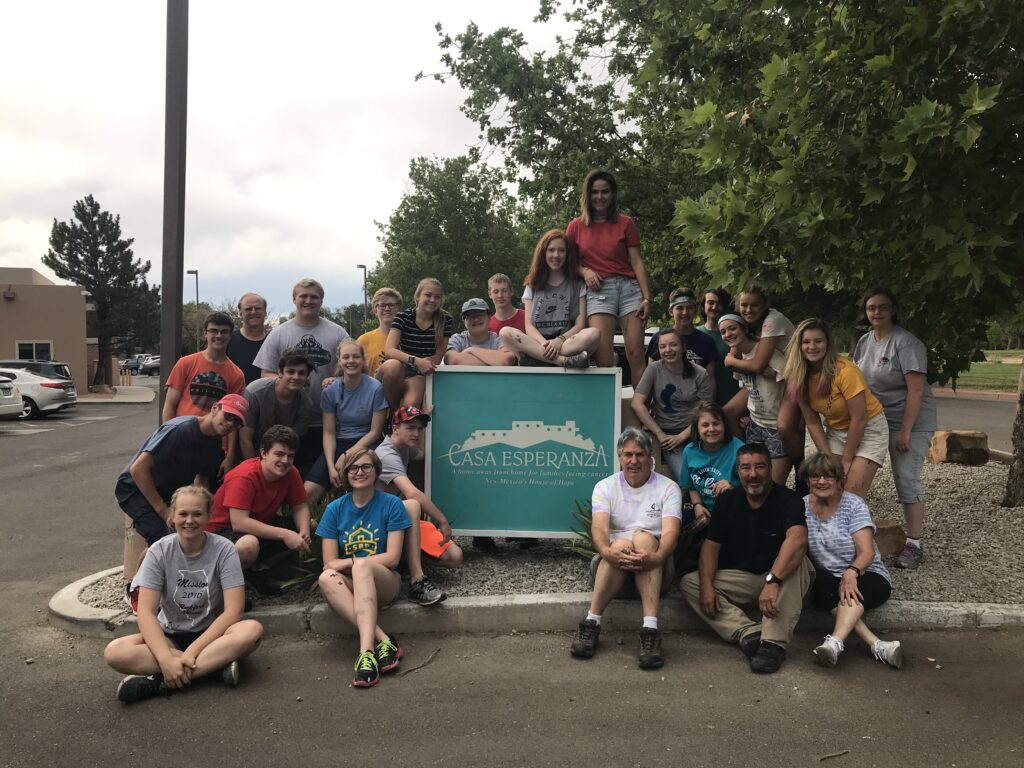 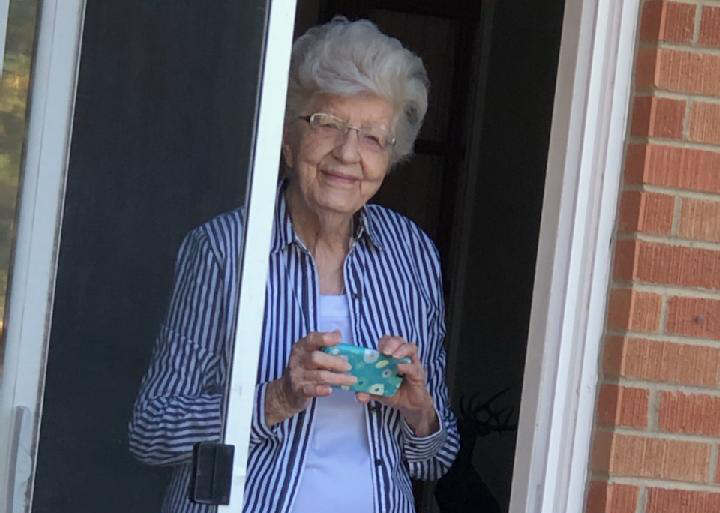 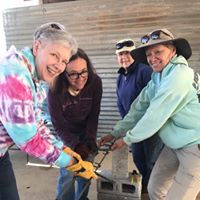 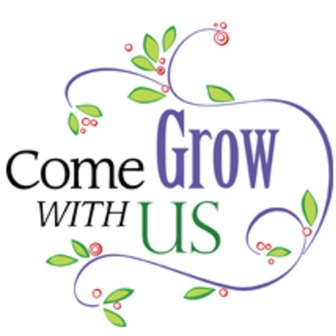 But you can still join!

Should you have any questions about joining, contact the church office at 970-667-0876 or office@fumcloveland.com.

You can become a member of First UMC in one of the following ways:

• Confession of Faith – the initial entrance into membership in the church when you confess Jesus Christ as your Lord and Savior.
• Reaffirmation of Faith – renewing your initial confession of faith after a period of inactivity, or not being on a church membership roll.
• Transfer of Membership – from another United Methodist Church or a Christian church of another denomination. We recognize baptism from all other Christian churches.

Where church is much more than a building. 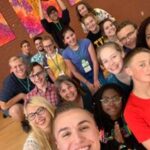 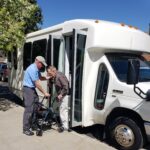 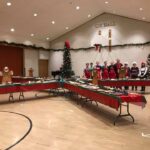 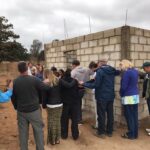 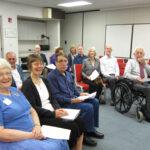 FUMC Loveland has been part of the community for 150 years. 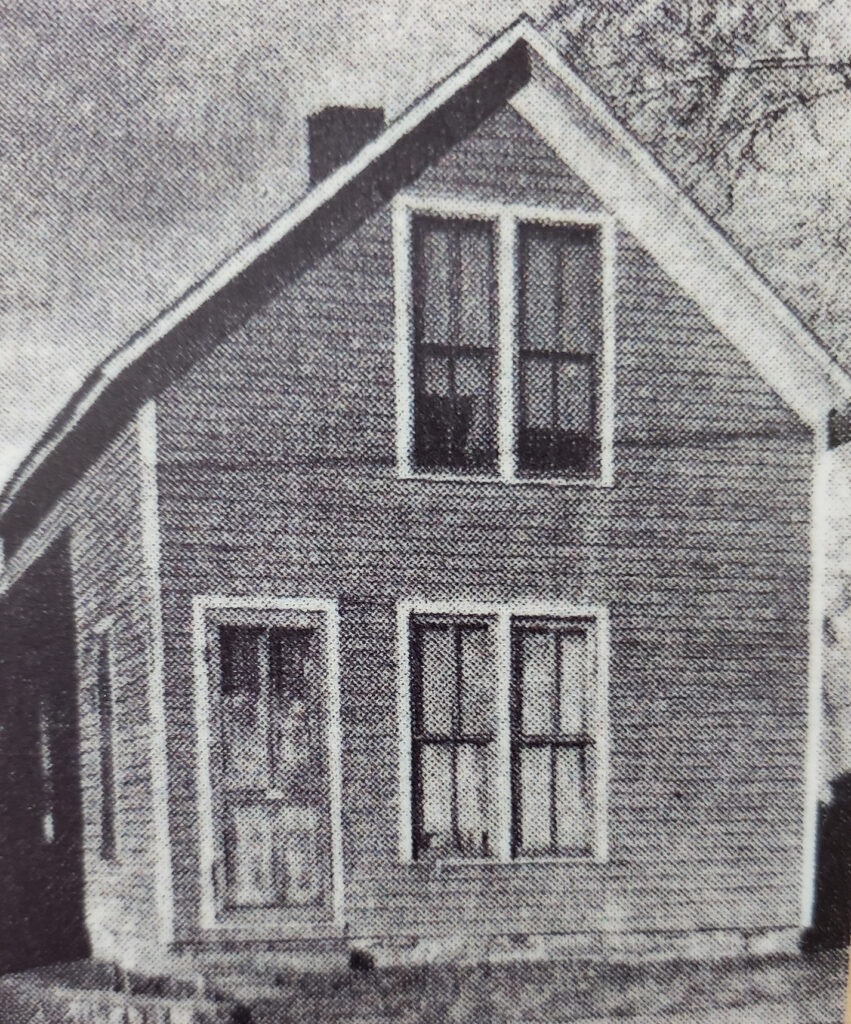 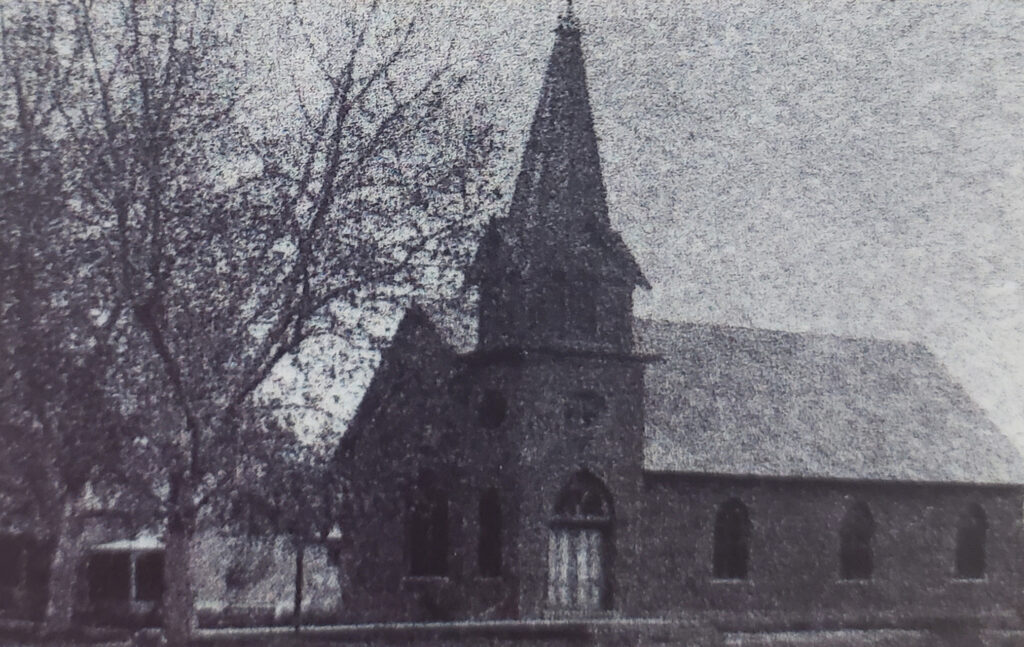 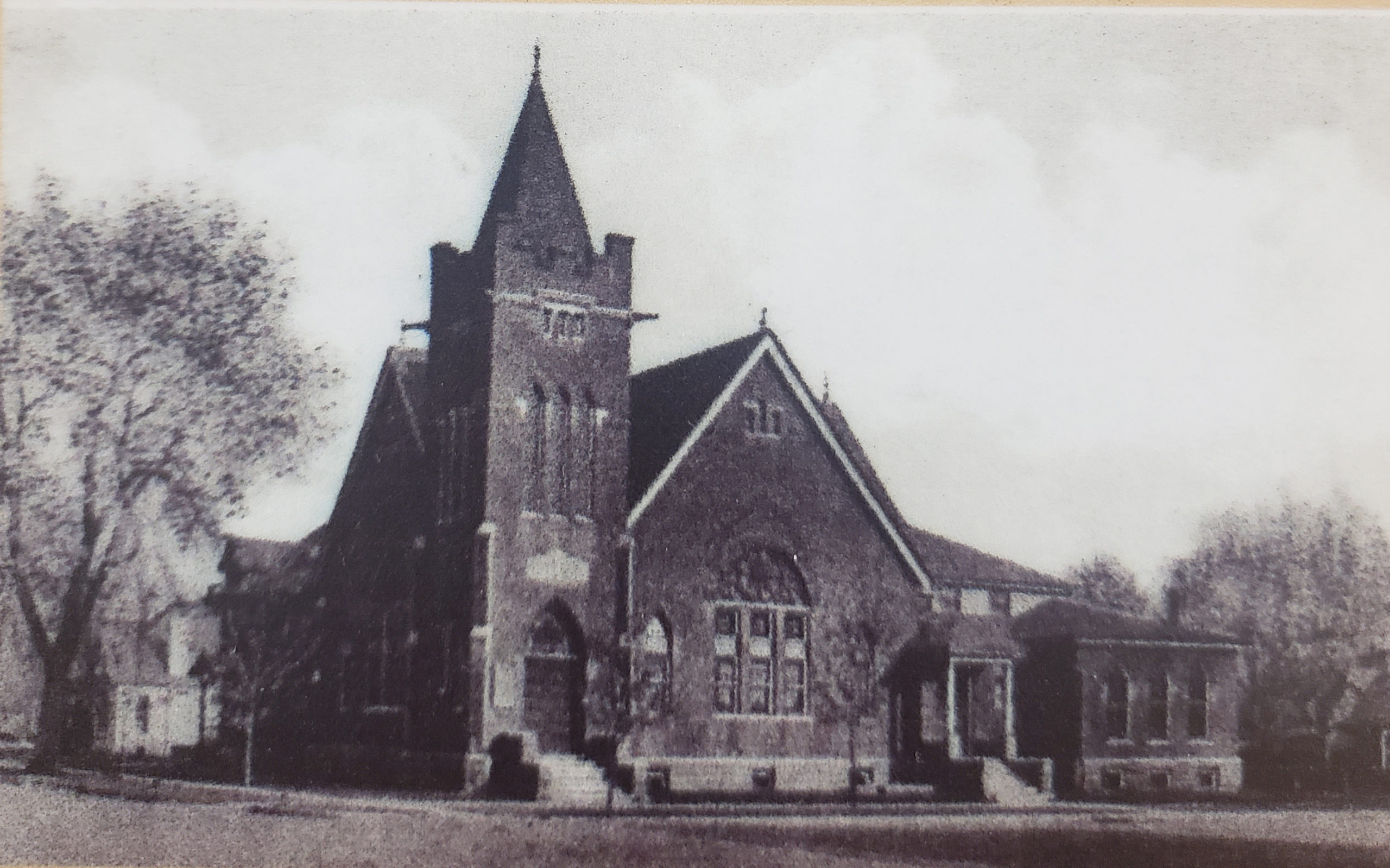 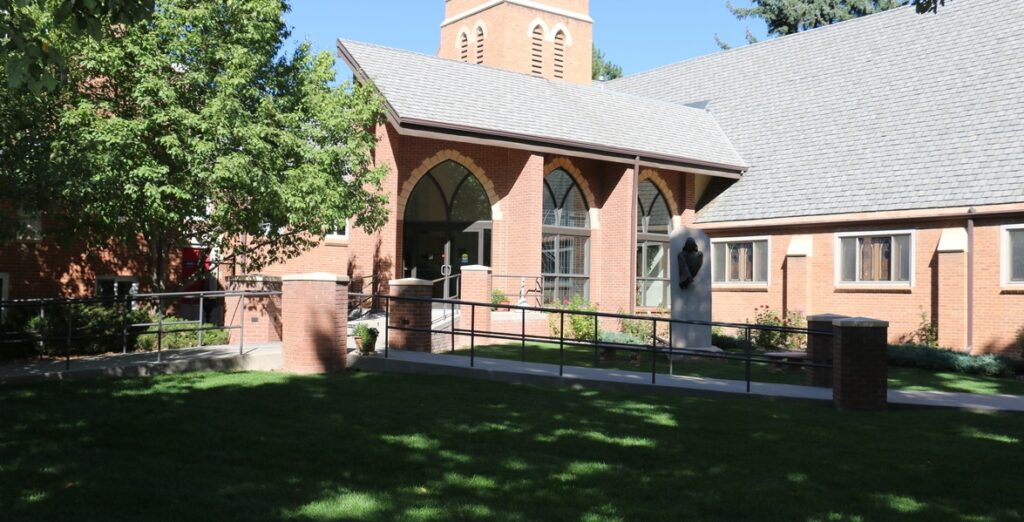 The Church Comes to Larimer County
From memoirs of W. B. Osborn: “ln the month of June, 1863, a modest Methodist preacher by the name of Antes rode up to our door, and rapped thereon with his whip still sitting in his saddle. He made known his wants, informing me that he was a Methodist preacher and that he had been directed here by Captain Norton of Boulder, a fine Christian gentleman, whom I had met in the mining camp by the name of Gold Dirt in 1860. Here he was informed that he would find a Christian family to entertain him. He requested that I should announce a meeting for that evening. I did so by going to all of the neighbors and requested them all to come, as there would be but a few at most-if they all came. All told, there were 13 including the minister. The names of those at the first service in this county were: W. B. Osborn, Margaret C. Osborn, Millard F. Osborn, Milo Y. Osborn, Ella C. Osborn, Samuel Heffner, John N. Hollowell, John E. Washburn, Mrs. John E. Washburn, Winnie Washburn, and Joseph Markley and wife, and Brother Antes, the preacher. Here was sung the first hymn, the first prayer offered for church service, and the first sermon preached in Larimer County. Arrangements were made for services monthly.”

Our First Church Building
In 1880 David Barnes, on whose homestead Loveland is situated, extended the offer of a building site to any church that would erect a building in the new town. The three churches responding were the Methodists, the United Brethren and the United Presbyterian. The Methodists selected the site on Cleveland Avenue. It was dedicated on August 8, 1880. Loveland was three years old. A. N. Fields was Pastor.

Our Second Building
In 1887 Barnes Chapel was named in memory of David Barnes, “Father of Loveland.” Mr. Barnes had been killed by falling from a load of hay the preceding year. A generous gift by his wife, Sarah Barnes, made the chapel possible. She was for many years, until her death, a faithful member and liberal supporter of this building.

Our Third Building
Our third building was dedicated December 29, 1901. The “Loveland Reporter” of January 2, 1902, carried an account of the dedication. “The largest indoor audience ever assembled in Loveland was the one that gathered at the Methodist Church last Sunday morning to see the new edifice properly dedicated. Through professional courtesy, every minister in town abandoned regular service, and, with his members, attended the Methodist service and participated in the program.”

Tragically, 40 years later, the building caught fire on a Sunday morning and was completely destroyed. Thankfully, everyone was able to exit the building and there was no loss of life.

Our Fourth and Present Church Building
This building stands on the corner of Grant and Sixth Streets. It was consecrated on February 18, 1951. The sanctuary has a seating capacity of four hundred, a Fellowship Hall beneath the sanctuary, a well equipped kitchen, and a parlor with a seating capacity of one hundred. The building is of salmon rose brick, concrete and steel, as nearly fire proof as possible. It is of Gothic design.

On February 26, 1956, an educational wing to the south of the main building was dedicated, It matches the sanctuary in design. It was built on three levels. In 1976 the Florence Coy Memorial Hall was built and dedicated. Coy Hall now houses our kitchen, overflow for worship and our Youth Range.  In 2008 we completed the redesign of our Children’s education area, updating both the look and feel of Sunday School and Children’s Education.

Want to receive our weekly newsletter?

We look forward to hearing from you! A team member will get back to you soon.

Your support of the ministries of FUMC is very much appreciated! Donations are tax-deductible.
For information on automatic bank drafts, please contact the church office at office@fumcloveland.com

Click here to donate via PayPal or credit card

FUMC receives a percentage of your purchases at these businesses. Please sign up to support your church . 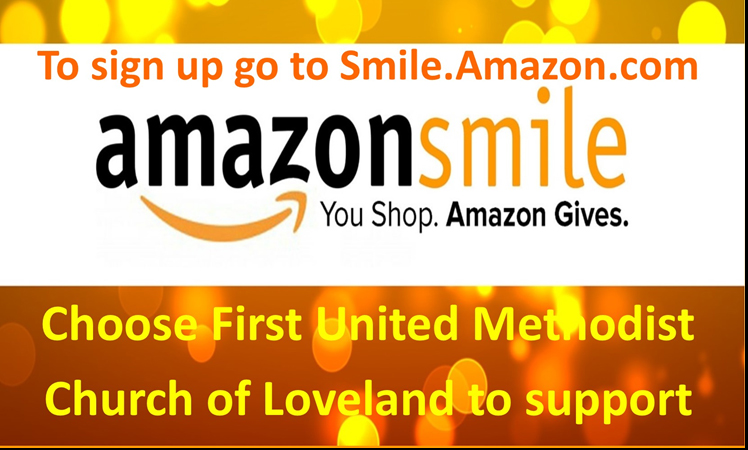 Click Community Rewards at the left or bottom of the page.

Shop online or in store to support FUMC!